IBC Bin blender / Conta blender is used for mixing different components of powders with powders, powders with granules and granules with granules in the production process in the pharmaceutical industry. The machine is provided with such functions as automatic lifting, mixing, lowering, etc. It can handle various sizes of bin for mixing operation.

Push and tight the bin into the arm. Lift the bin to the mixing height. Bin lifted by hydraulic system. Automatic mixing will carry out according to the set time, rotation speed and other data. Due to symmetrical axis of the bin forms an angle with the arm, it makes three-dimensional movement in the closed bin, achieving the best mixing effect. After the mixing, the bin completes vertical home positioning. After that, lower the bin and complete the mixing process or raise the bin to dispensing position. Loose the bin from rotary arm and push out the bin to the next process. 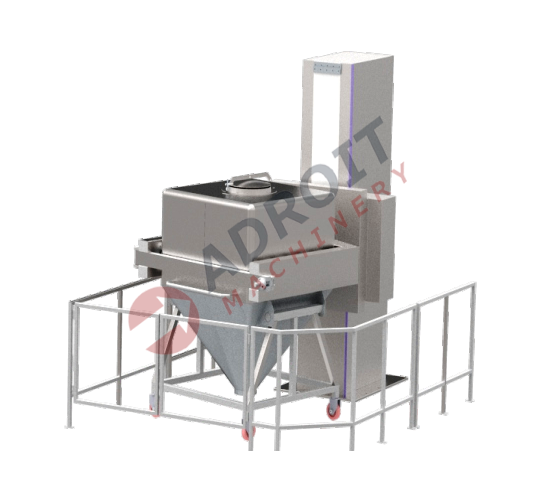